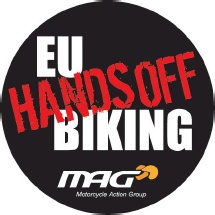 June 2012 will involve 12 major demonstrations, to coincide with the 12 EU Parliamentary Constituencies that exist in the UK.

Action will take place on main routes, mostly on Motorways. Start time will be 13.00 hours. The idea is to create a spectacle and let people see us, so blocking the roads will be self-defeating. Instead we’ll leave the outside lane free, which is also important for emergency services

Rides will be various lengths but probably average about 40 miles and last an hour. A sedate 40mph and a well regimented ride will demonstrate how we can structure ourselves as a lobby and make it clear that should we need to, we could inconvenience the country at a later date.

Some areas, like the South East, will have smaller meeting points in the morning, so that riders can gather and make their way to the main start point. Yet again we will have some politicians ride with us or meet us at the start points, highlighting the legitimacy of our case.

To create a spectacle we must keep left, leaving the outside lane open and travel no slower than 40mph.

This is a legitimate, peaceful protest, not a blockade. Let’s demonstrate that we are an organised lobby that commands respect. MAG does not advocate breaking laws. Closing the motorway will do huge damage to our cause and undermine our good working relationship with the British Government.

We are standing up for biking in the face of EU legislation that wishes to curtail our right to modify new bikes, even though no evidence exists to say modifications are unsafe or environmentally damaging. Imposing compulsory ABS and automatic headlights on will take the onus off bad drivers and onto us. On Board Diagnostics that could record how the bike has been ridden and which will alienate the home mechanic.

Political negotiations continue and these demo rides are a part of that. Our Government support us!

For up to date information on starting points, follow this link: www.euhandsoffbiking.co.uk, then click on the motorcycle on the map nearest to you.

Ride safe every one and thank you for your support.