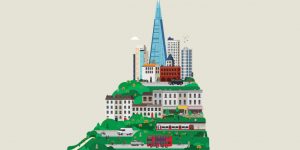 The Motorcycle Action Group (MAG) broadly welcomes the Mayor’s draft Transport Strategy as it includes better recognition of the positive role of motorcycling than any previous strategy proposals. MAG is also pleased that key recommendations from the GLA’s ‘Easy Rider’ report are being adopted in the strategy as they reflect various aspects of input to the project by MAG.

Mayor Sadiq Khan and his Deputy for Transport, Val Shawcross, have clearly acknowledged a need to improve recognition of the useful role motorcycling can play in the transport mix.  Tim Fawthrop, MAG’s London Representative explains: ‘The Mayor’s strategy breaks new ground in viewing motorcycling as more than just an accident statistic.’  This shows that MAG’s engagement with Val Shawcross, in her former role as Chair of the London Assembly and now as Deputy Chair for Transport, has been worthwhile for all concerned, optimising the positive role of motorcycling and reducing rider casualties.  Deputy Mayor Shawcross said publicly that there has been social prejudice against bikers and she wants to put it right.  ‘It’s a very welcome comment’ adds Tim.

Other good news relates to motorcycle access to bus lanes: a policy MAG has campaigned on for years.  The strategy calls on ‘all boroughs to allow motorcycle access to their bus lanes, to end the inconsistency between highway authorities that causes unnecessary confusion and risk to motorcyclists.’  It is also intended that steps are taken to educate ‘other road users on the shared responsibility for safer motorcycle journeys, through the promotion of driver and cyclist skills training and communications.’  This includes supporting the police in targeting illegal and non-compliant behaviour that puts motorcyclists at risk, by using data to focus on the streets with a higher risk of motorcyclist collisions.’

The news for bikers from the draft is, nevertheless, mixed: proposals in the ‘Healthy Streets Approach’ are questionable. Whilst MAG can see the sense in aims to reduce ‘reliance on private vehicles for personal travel, by providing Londoners with more opportunities for walking, cycling and using public transport’, it questions the inclusion of reductions in motorcycle use.  This is an undervalued option for modal shift from cars and vans. However, the strategy does go on to state that ‘Two-wheeled vehicles could play a more significant role in low-impact freight and servicing trips, especially where these vehicles replace trips by lorry or van and are made by ultra-low emission motorcycle.’

There is one other big bone of contention in the draft. Plans for the Ultra Low Emission Zone (ULEZ) are deeply flawed by a proposal to charge some motorcycles the same £12.50 per day as cars. MAG sees this as particularly odd as TfL’s own estimate of the proportion of NOx emissions by motorbikes is effectively zero – and modal shift from cars and vans to motorcycles is key to reducing emission and congestion problems.

Overall, the Mayor’s plans offer long overdue progress for biking in London.  MAG continues working with the Mayor, the Deputy and TfL to deliver sound outcomes – and they can consider MAG’s team of Tim, Lembit and Leon as allies in that task.  It’s in everyone’s interests to make this an effective partnership, especially because motorbikes help them achieve their own targets.