The Motorcycle Action Group (MAG), the UK’s leading voice for riders, has questioned why motorcyclists’ lives are being treated as worth less than those of pedestrians and cyclists by Transport for London (TfL).

Tim Fawthrop, MAG’s London Rep, said ‘we held a ride in memory of the 36 motorcyclists who died on London roads in 2015.  This was organised by London Motorcycle Action Group, because TfL and Mayor Sadiq Khan are ignoring the fact that motorcyclists are vulnerable road users, just like cyclists.  They have budgeted a billion pounds on cycling safety – but almost nothing on motorcycling, even though four times more riders lost their lives in 2015 than did cyclists. Nor have they taken advantage of the simplest, most cost-effective measure available: to urge local councils to allow motorcycles, scooters and mopeds to use all bus lanes.

Our respectful demonstration should be seen by TfL as a wake-up call.  London MAG appeals to Sadiq Khan to help.  Since elected, he has yet to honour his pre-election promises to engage in meaningful dialogue with the Motorcycle Action Group.  He needs to hear what riders already know: that London needs motorcycle riders.  We cut pollution, congestion for cars and the evidence proves we cut the cycle accident rate too.’ 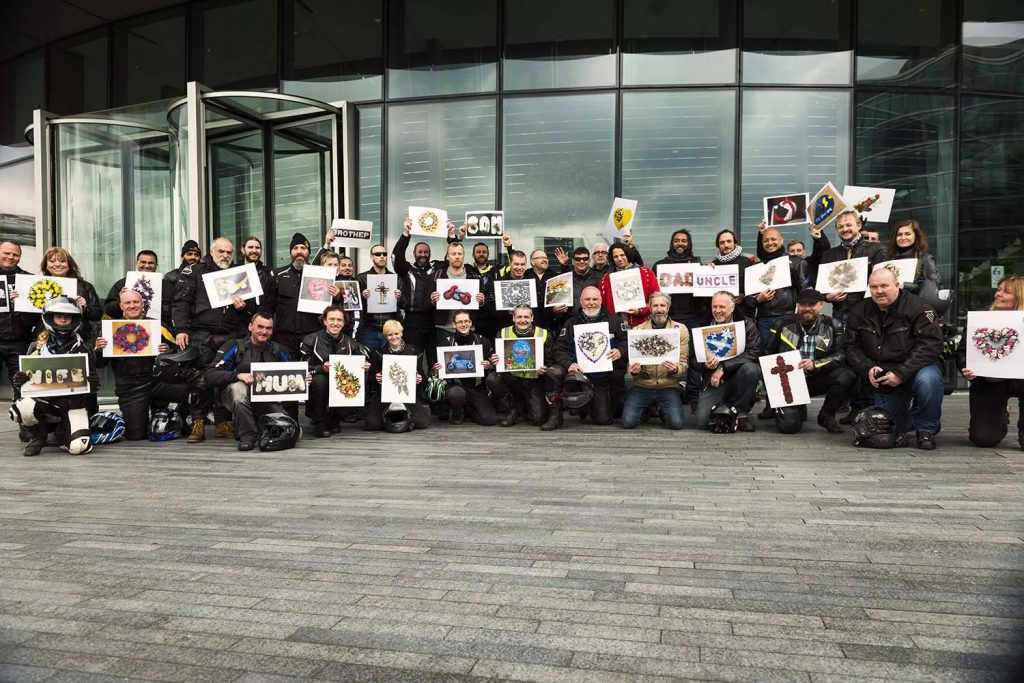 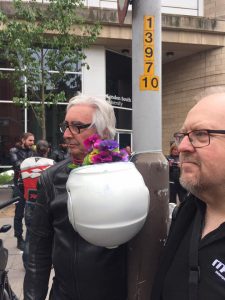 Tim is urging the Mayor and TfL to support the #bikelivesmatter campaign.  ‘TfL is improving 73 junctions for cyclists and pedestrians, but has ignored bikers. There is no budget to make the roads safer for motorcyclists even though four times more bikers than cyclists died on London’s roads.  Riders have had enough:  with 300% more deaths than the cycling community, all we ask is to be included in the plans for roads in London.  It’s a reasonable request and ignoring it is literally fatal to fellow riders.’