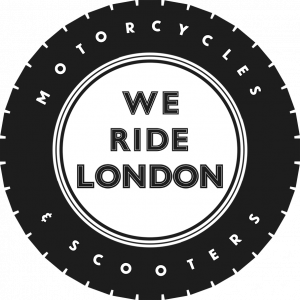 The Motorcycle Action Group’s Regional Representative for Greater London, Tim Fawthrop, has raised concerns about how victims of motorcycle crime are being treated.  After challenging the Mayor of London at a Question Time event following the murder of rider Ricky Hayden, who was killed by bike thieves, Tim said: ‘at the Question Time just after the murder of Ricky Hayden, Mayor Sadiq Khan claimed that bike crime was partly the fault of the owners for not locking their bikes up properly.  By that logic, homeowners are partly to blame if burgled because they have glass windows.’

Tim adds: ‘we’re told to secure our motorbikes and scooters to street furniture but even an enlightened Borough like Brent, which allows motorcycles in resident bays and elsewhere, won’t invest in secure anchor points when they have such a limited budget.   Also, when owners fasten their machines to lamp posts and so on, they often return to a parking ticket.  And don’t forget that ‘bike- jacking’ is a growing concern.  Thieves have become increasingly violent: acid attacks, using machetes and fire extinguishers and common assault are now prevalent.’

Mrs Penny Alexander, who works in the city, narrowly avoided an assault: ‘I was attacked on the Old Kent Road recently as criminals tried to steal my bike whilst I was waiting at red lights.  I got away – and then had to pay a fine for jumping the red lights. I’m in fear every day I ride my bike.  It’s just a question of time before it happens again – and perhaps I’m followed home and attacked for my bike”.

Tim Fawthrop, said, “I start work at 6.00 am, nine miles from home. Public transport takes two hours – my motorbike takes thirty minutes. It’s reasonable for me to expect to be able to make the trip without fear of attack or of having my bike stolen.’

Along with We Ride London and the Motorcycle Crime Reduction Group, MAG is calling for measures to be taken to improve the situation, with urgent action required by Government, local councils, the GLA, TfL and the IPCC.