The Motorcycle Action Group (MAG) has published a report this week detailing the national picture on powered two wheeler (PTW) access to bus lanes.  The report demonstrates an inconsistent and patchwork approach to access that inevitably leads to confusion, mistakes and, ultimately, increased risk for riders. 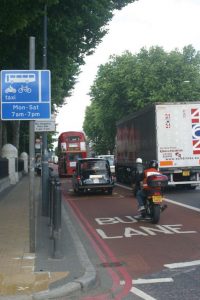 Motorcyclists first saw access to bus lanes being granted in the mid 1990’s following pressure from MAG and other riders’ rights groups demanding the safety benefit of being allowed access.  National blanket permission, however, has never been an option due to the fact that the decision to allow or deny access is taken by local transport authorities.  Startling revelations, however, show that there is inconsistency even between sections of bus lanes in single authorities, as campaigners fight for access to be granted one bus lane at a time.
In London, the Easy Rider Report produced by the Greater London Authority (GLA) Transport Committee in 2016 highlighted the need for a consistent approach across all London Boroughs stating “the failure to convince many London boroughs to [allow PTW access to bus lanes] has created confusion and inconsistency. It is time TfL finished what it started seven years ago, and secured motorcyclist access to all bus lanes.” 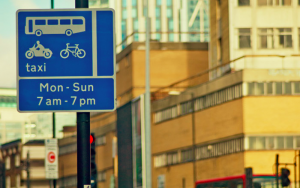 The MAG report highlights inconsistencies such as single routes in the West Midlands that change access rights two or three times along a single route, and situations in Wales where riders from one city – at the time not allowing access – had failed their motorcycle test in a neighbouring city that did allow access, for not using bus lanes during their test.

Author of the report, Director of Campaigns & Political Engagement, Colin Brown, sums up: “The rules of the road need to be consistent if you want users to remain safe.  Can you imagine the chaos on our roads if you had to check a sign at every roundabout to see if you should go clockwise or anti-clockwise?  The safety benefit for motorcyclists is not being maximised due to a lack of common sense and consistency, and it is high time that this issue is addressed.  We are calling for the Department for Transport to review its guidance for local transport authorities to make PTW access to bus lanes the default position.  We understand that local authorities may need to restrict access in certain unusual situations, but the need to have the same argument for access with every bus lane is, in my view, bordering on criminally insane.  Riders deserve better.  Motorcycles are a legal mode of transport and as such, their riders are entitled to expect that measures be taken to improve their safety.”

The full report can be found online at https://tinyurl.com/y7oo4tw3 .