MAG has been assessing the decision by the Secretary of State for Transport over the Silvertown Tunnel proposal in London.  The applicant, Transport for London (TfL), had proposed high charges for bikers and these have been challenged by MAG. 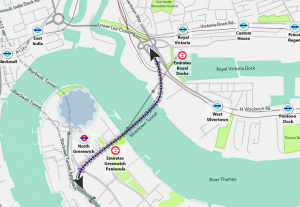 Lembit Öpik, MAG’s Director of Communications & Public Affairs, in assessing the current situation, stated: ‘we’ve put a great deal of work into our submissions over Silvertown. We’ve explained how a charge on riders is unfair and environmentally counterproductive. It looks like the inquiry panel, and the Secretary of State for Transport, have heard us. However, there’s more to do, because we have to now make the case for a full exemption.’ The Secretary of State’s comments say:

‘With regard to the request for discounts on user charges for residents in Neighbouring Boroughs, low income residents and concessions for motorcyclists, the Secretary of State notes the Panel’s consideration of these matters as set out in section 5.13 of the Panel’s Report. The Secretary of State has also considered further representations from the Motorcycle Action Group… The Secretary of State notes the latest version of the Charging Policies and Procedures, a document to be certified under Schedule 14 to the DCO, grants a 50% discount on charges for qualifying residents of the Host Boroughs, which the Panel welcomed (PR 5.13.89). The Secretary of State concurs with the Panel that concerns regarding whether the discount should be larger than 50% or extended to low income residents of Neighbouring Boroughs are matters that can be best addressed by STIG when the initial charges come to be set under the Charging Policies and Procedures Document (PR 5.13.91). The Secretary of State also agrees with the Panel that the same 19 consideration needs to be given to concessions for motorcyclists as are given for possibly increasing or widening the local residents discount scheme and that this is a matter that could also be addressed by STIG when initial charges come to be set (PR 5.13.94).’

Lembit adds: ‘It is notable that the Motorcycle Action Group has been mentioned by name in the Minister’s statement. That’s quite an achievement in itself. We’re very pleased with what we’ve done so far, but we’re not out of the woods. We’ll provide a further update once we have completed our assessment of all the documents. The signs are positive, but they only justify cautious optimism at the moment.’