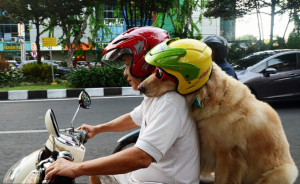 MAG has expressed concerns about the prospect of a ban on pillion passengers in London – a proposal which has been raised to combat the scooter crime epidemic currently gripping the city.

The idea has been put forward by Green Greater London Authority member, Sian Berry who said ‘A very small number of people are causing large amounts of fear on our streets…  A local safer-neighbourhood panel Chair pointed out a tactic used in some other countries: to temporarily ban the carrying of pillion passengers across whole cities.’

MAG’s London Regional representative, Tim Fawthrop, has expressed his opposition to any blanket ban:  ‘As Ms Berry herself states, she isn’t sure this is right for London, and we agree.  While all of us recognise the need to find solutions to the scooter mugger problem, the honest law-abiding, hard-working Londoner who takes his partner to work to cut costs and commuting time will be badly affected by this.  It’s not as if the criminals will obey this law amongst all the others they are breaking. The Police will be hard-pushed with current staffing levels to enforce it and that will undermine the effectiveness of all laws.’

Tim adds ‘In 2011, Honduras banned motorcycle passengers after a series of drive-by killings.  In addition, a ban was imposed in Medellin, Colombia, at the height of drugs cartel violence.  Are we really saying London is comparable to Honduras and Columbia?  I don’t think so.  While it may be legitimate to impose a passenger ban on convicted criminals, doing so on a blanket basis is a disproportionate response to the challenge we’re trying to address.’

MAG will make these points in December 2017 at the Home Office forum which has been set up to address the moped mugger problem.