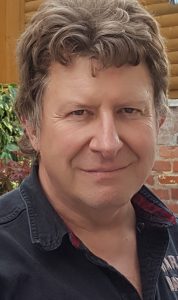 First elected as MAG’s National Chairman in1989, Neil authored numerous successful campaigns including ‘Bikers Are Voters’ and the ‘VED-Day’ campaign for a fairer road tax deal for motorcyclists.  He also organised the first ever motorcyclists’ mass lobby of the Parliament.  Neil served as National Chairman from 1989 to 2002 and as a MAG Board member until 2004, returning to the Board as a Director from 2012 to 2016 and to the National Chairmanship again in September 2021.  Neil also assisted in the formation of the Federation of European Motorcyclists in 1988 and engineered the merger which formed the Federation of European Motorcyclists’ Associations in 1999.

Neil is married to Linda with whom he has three children and two rescue huskies.  His current bikes are a 2005 Harley Davidson Road King, a 1950 Triumph Thunderbird, a 1966 Triumph Bonneville Chopper and a 1982 Suzuki GS850GX.  He earns his living as an Independent Financial Adviser running his own firm, West Riding Personal Financial Solutions Ltd, in Castleford, West Yorkshire.