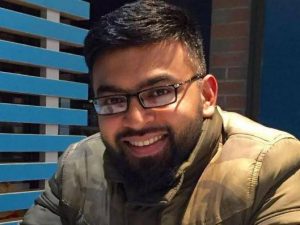 MAG has described the most recent acid attack as a ‘new low in bike crime’ and expressed its frustration at the shocking assault on a rider, potentially leaving him with a visual impairment

MAG has offered its sincere sympathy to the victim of the attack, a delivery moped rider named Muhammed Nawshad Kamal, who was assaulted by thugs attempting to steal his moped in the Walthamstow area of London.
MAG’s London Regional Representative Tim Fawthrop said ‘there’s not much to say which helps in this situation, except that a shudder went through the riding community when news of this attack became known.  We’re already working with local authorities and the police to reduce bike crime, but our efforts have come too late for Mr Kamal and that grieves me as a rider and us as a movement.’

MAG’s National Chair, Selina Lavender, adds ‘after the relative success of preventing mass lawbreaking at Halloween, this incident dampens the mood and leaves me feeling exasperated that such criminal, lawless behaviour still exposes riders to continual danger.  We’re drawing up a plan of action which we intend to share with relevant groups later in November, and with the next Home Office anti-bike crime meeting shortly after that.  If ever there was a dreadful example of the constant peril bikers have to put up with, the attack on Mr Kamal is it.’

MAG understands that the police have arrested two teenagers for this attack and that acid was thrown at the victim more than once.  While there are options regarding the penalty, it is worth noting that there have been calls for involving the parents or guardians.  It has also been pointed out that compensation is a factor, given the potentially permanent effect this attack will have on the rest of the victim’s life.

There is provision in law to hold people for very long periods if their crimes are serious enough and courts can commit people of any age to detention at Her Majesty’s pleasure, potentially indefinitely.

In separate incidents, a man in Merseyside was fatally stabbed by a number of criminals who used scrambler bikes for the assault, and reports are coming in regarding yet another acid attack.  These appalling crimes underline the national nature of this epidemic.  MAG is investigating the situation and has previously engaged with police on these matters.